By cathyvaneck / September 23, 2013 / movement, on body, overview of all works, reproducing

Square Head (2013) a performance for one performer, a box, two small loudspeakers and one audience member.
written for and commissioned by ensemble hand werk 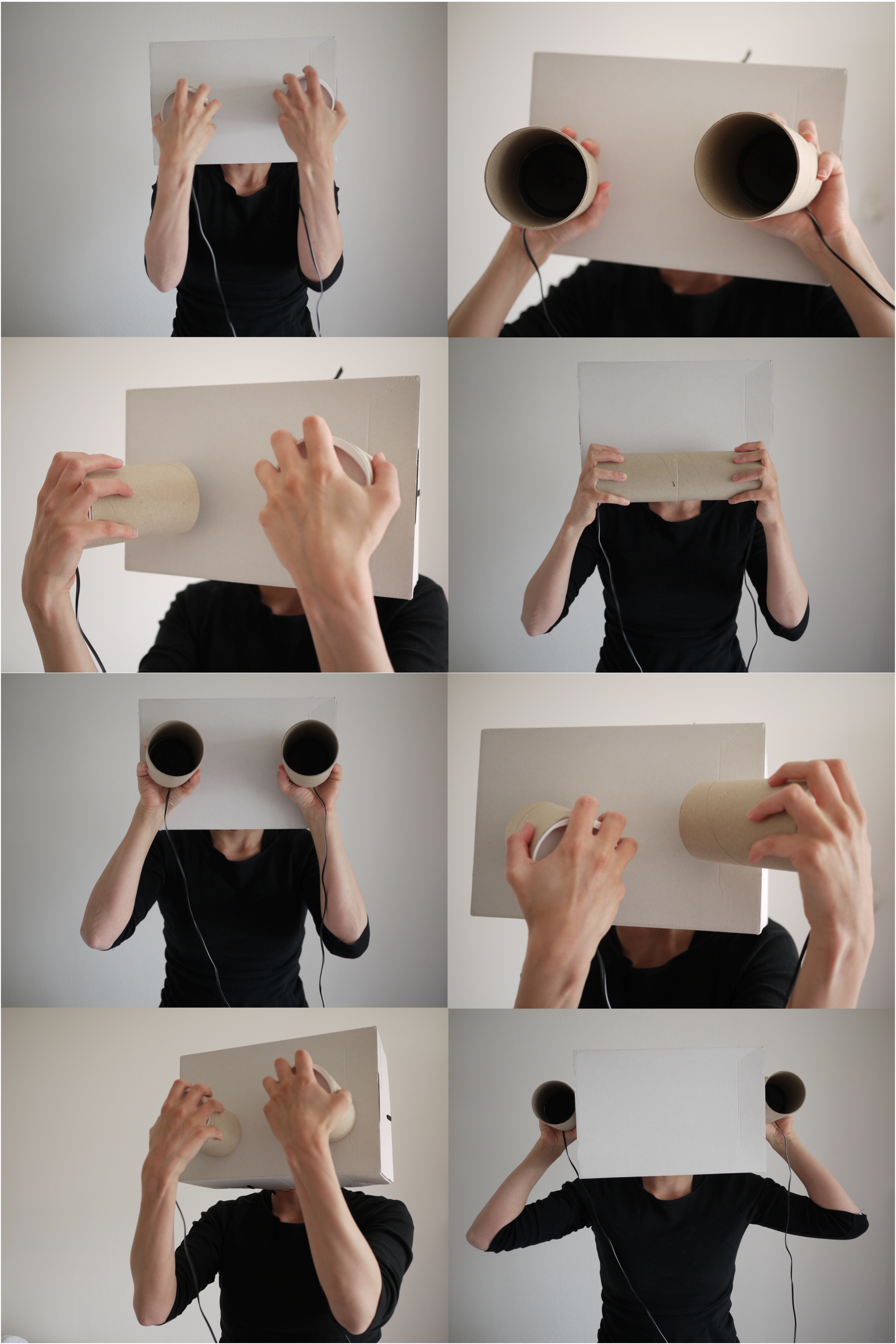 The different positions of the loudspeakers during the performance.

Square Head makes use of what I would like to call a “personal sound spatialisation system”. Moving loudspeakers comparable to the ones in, for example, Hearing Sirens are used, with the difference that there is only one audience member and the loudspeakers are very small. The main parameter of interaction is therefore movement. 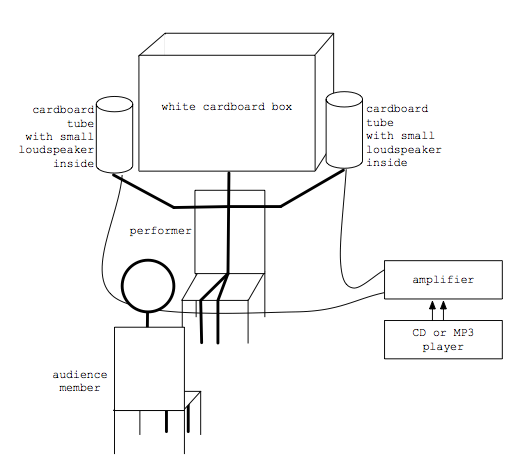 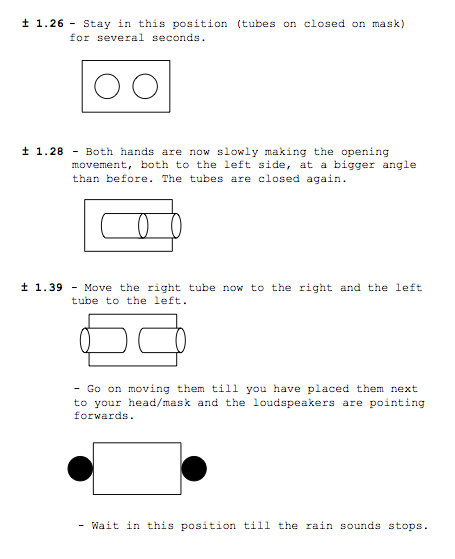 Page of the score for Square Head.

The performer sits in front of the audience member. The composition is played through the loudspeakers and movements of the small loudspeakers, notated in a score, to be executed by the performer.  Most of the sounds refer to recognisable situations, such as rain outside, voices, photo camera clicks or singing: