By cathyvaneck / September 23, 2013 / data feedback, overview of all works

Ways and Means (2012) for five singers, gestures, small microphones and loudspeakers and live electronics
written for and commissioned by the Munich Biennale and the University of the Arts Berlin 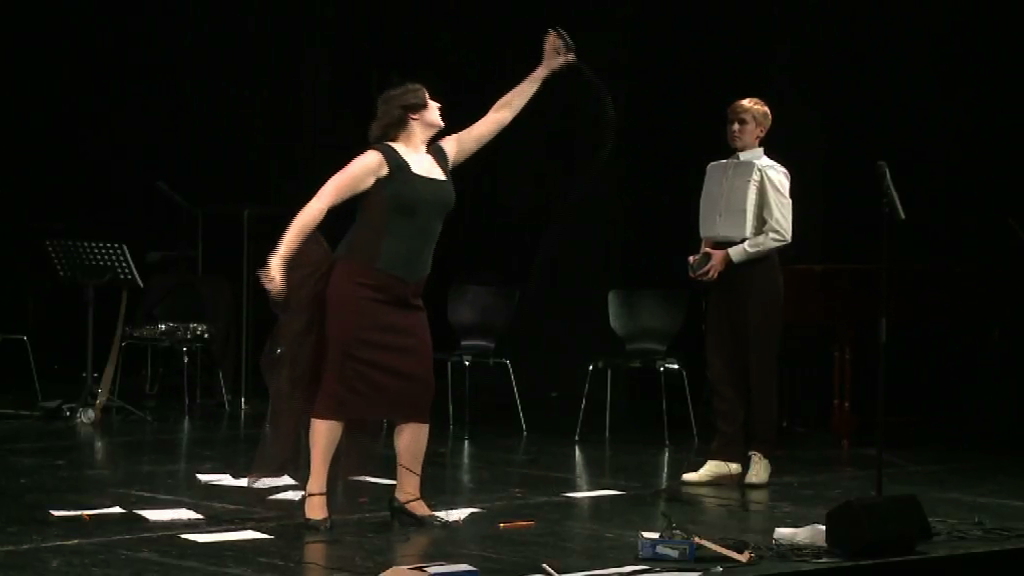 The distance between microphone and loudspeaker controls what sound is played through the loudspeaker.

This piece is a part of the music theatre piece, A Game of Fives. Pieces by the composers Iñigo Giner Miranda, Leah Muir, Yoav Pasovsky, Abel Paúl, and myself were developed in collaboration with stage director Enrico Stolzenburg. My contribution consisted of several interludes, taking as a theme nineteenth century texts on rhetoric and gestures. I used the same set-up as in When the sound of your voice slips through my fingers, but both the kinds of sounds as well as how the composition was developed was done in a completely different way. I used a so-called physical model of a voice, programmed in the computer software MaxMSP. One of the advantages of physical models is that they can simulate real musical instruments—in this case, the human voice—and can transform these musical instruments into totally different sounds. The control of the signal processing was all done with data feedback. The composition was developed in close collaboration with the performers. Unlike my piece for the Vocalsolisten, there was no score that I wrote, but everything was invented during the rehearsals. This resulted in using gestures and sounds that felt “natural” for the performer, instead of a predetermined choreography of gestures.

The first interlude uses the combination of these sounds between voice and noise. The distance between microphone and loudspeaker controls what sound is played through the loudspeaker:

During the second interlude, two performers try to sing with gestures. By making dramatic gestures, as described in nineteenth century rhetoric books, the distance between microphone and loudspeaker controls the physical model of a voice. The relationship between the performers’ gestures and the resulting sound is composed, instead of being compulsory, due to laws of classical mechanics, as is the case with acoustic musical instruments:

In the third interlude, the singers sing for the first time. They “catch” their voice in their hands, and then continue singing with gestures:

Several images of gestures from the book by Andrew Comstock: A System of Elocution, with Special Reference to Gesture, to the Treatment of Stammering, and Defective Articulation (1843) 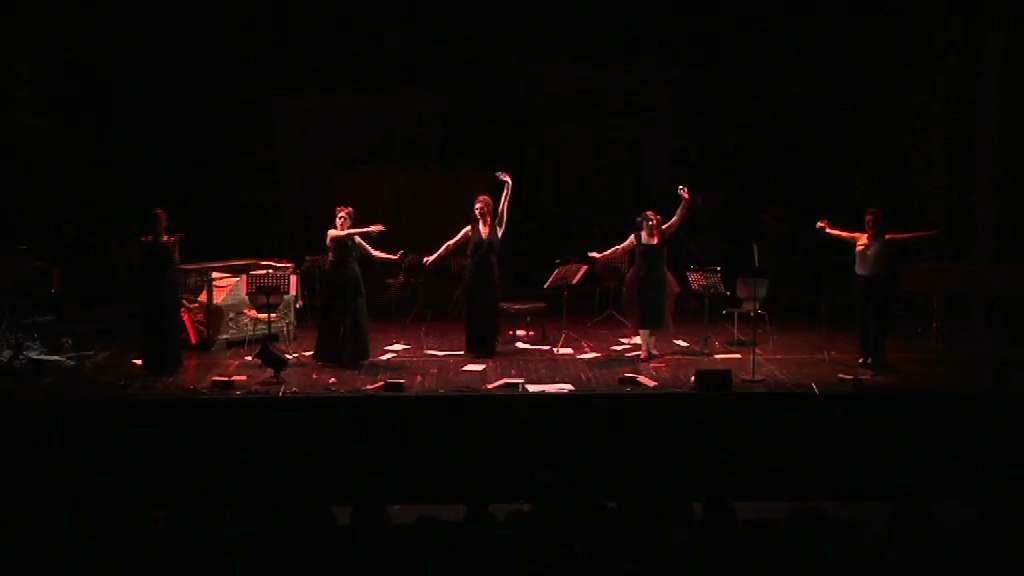 By making dramatic gestures, as described in nineteenth century rhetoric books, the distance between microphone and loudspeaker controls the physical model of a voice.