hout en snaren (2008) a piece of music for violin, loudspeaker-object and live-electronics
written for Susanne Zapf
commissioned by November Music 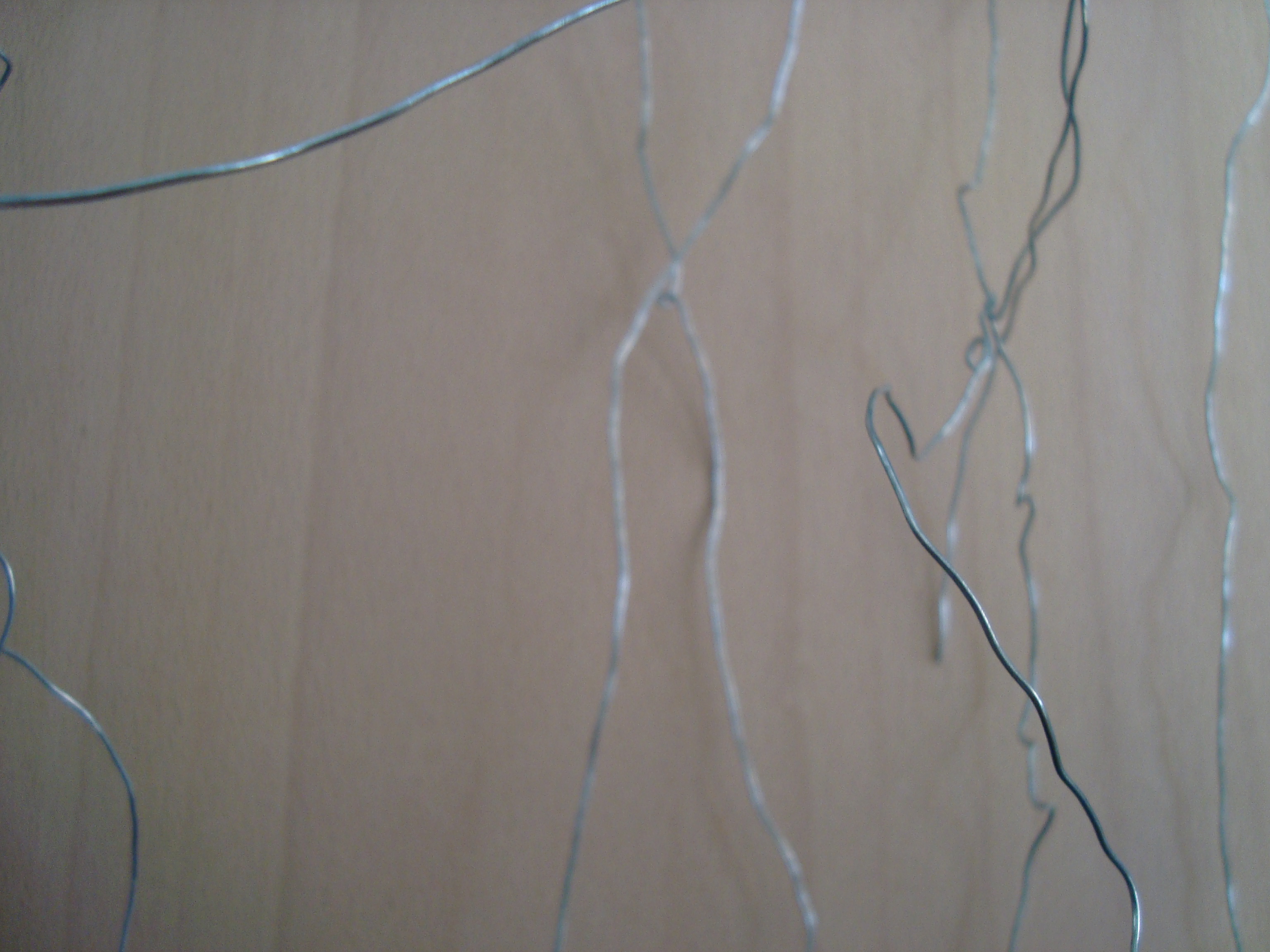 The object is made of wood and iron wire. 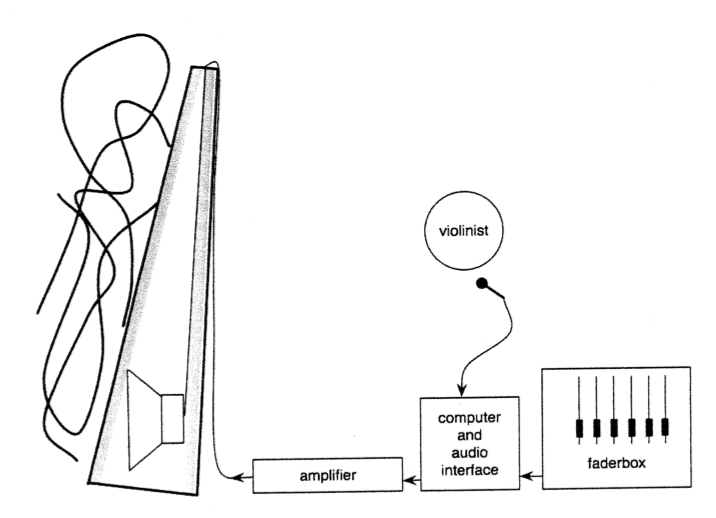 The set-up for hout en snaren.

The tactile transducer sends all the sounds through the wood and strings. With the help of live electronics, the sounds of the violin are transformed and played through the loudspeaker object. The object is also brought into making visible vibrations by the loudspeaker, in a similar manner to such pieces as in blik  and Luftschlösser im Bau. The difference, though, is that this time, the loudspeaker object has a counterpart in the form of the violin, similar to the organ pipe and the wind instruments in Im freien.