in blik (2008) for tin can towers and electronics
written for the Lange Nacht des Musiktheaters in Berlin, Germany 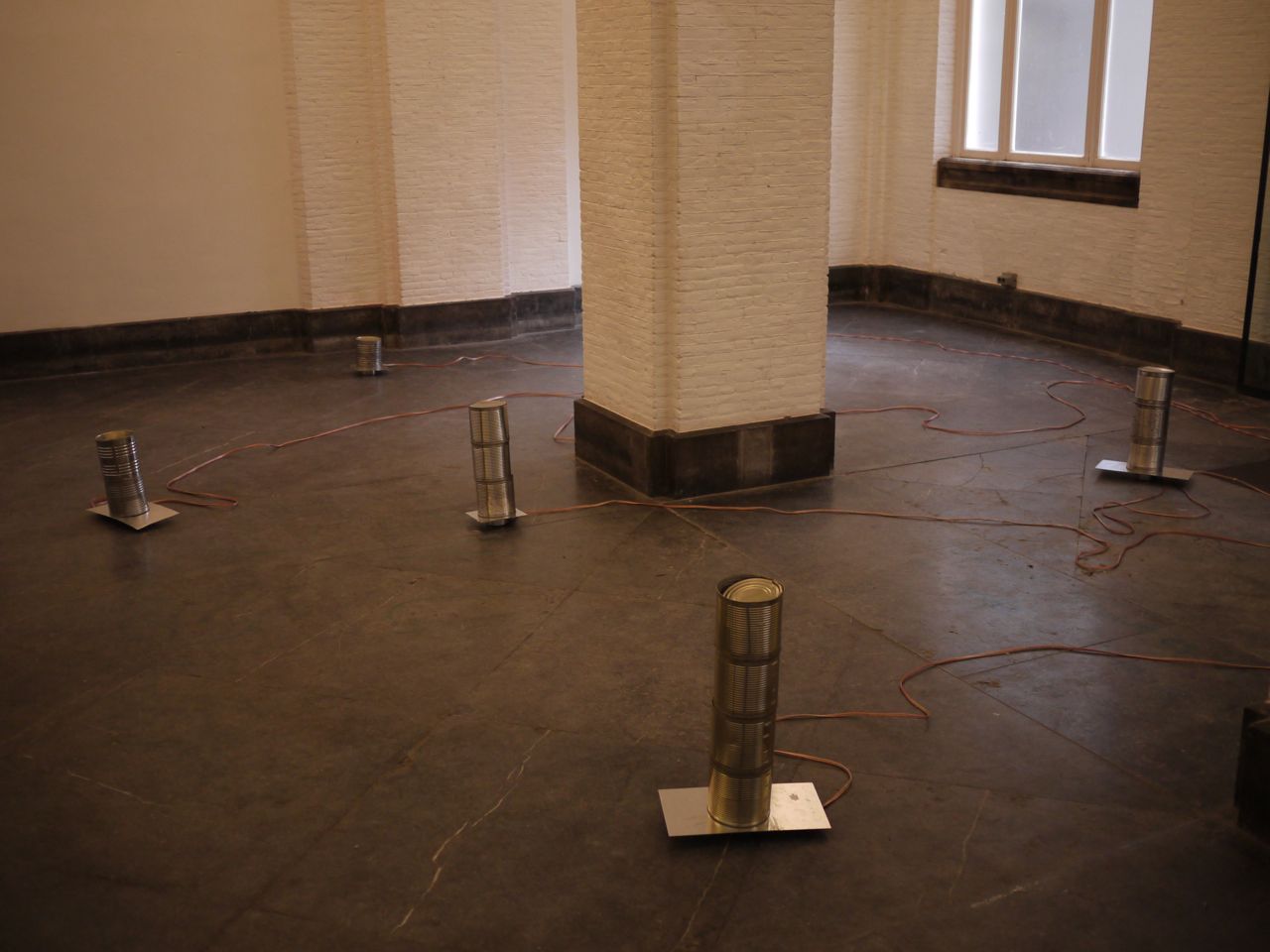 The set-up for in blik. Five different tin can towers, each attached to a tactile transducer.

In in blik there are no musicians on stage. Five tin can towers placed on tactile transducers produce the sound. Tactile transducers function as loudspeakers without membranes. They vibrate, depending on the electric current they receive, but, contrary to loudspeakers with membranes, they barely produce any sound. They transmit their vibrations directly to the tin cans placed upon them. The tin cans amplify these vibrations and make them audible. Depending on the way the tin cans are placed upon each other and the height of each tower, every tin can tower will amplify the vibrations through its own characteristics. The set-up is similar to the set-up in the other tin can pieces Blik na blik and Büchsen für Pandora, but this time the loudspeakers do not interact with the tin can through the space parameter, but through the material parameter.

In this performance, the vibrations caused by the loudspeaker become visible as well. The tin can towers not only receive vibrations, which make them sound, but also produce much stronger vibrations, which make them move. The tactile transducer, is in this case, is comparable to a percussionist hitting the tin cans. By moving the tin can towers, I want to give them characteristics typical of a performer, and not of an instrument.  From the moment they start to move, shake, and “walk” forward, their identity shifts towards being that of an intentional performer rather than a passive sounding object. They move between object (the instrument played on) and subject (the musician who is playing, making movements to make sound). The border is crossed between listening to a sounding object, on one side, and the sounds made by a moving performer, on the other. The vibrations of the material change into the movements of the performer and the instrument transforms into a performer. 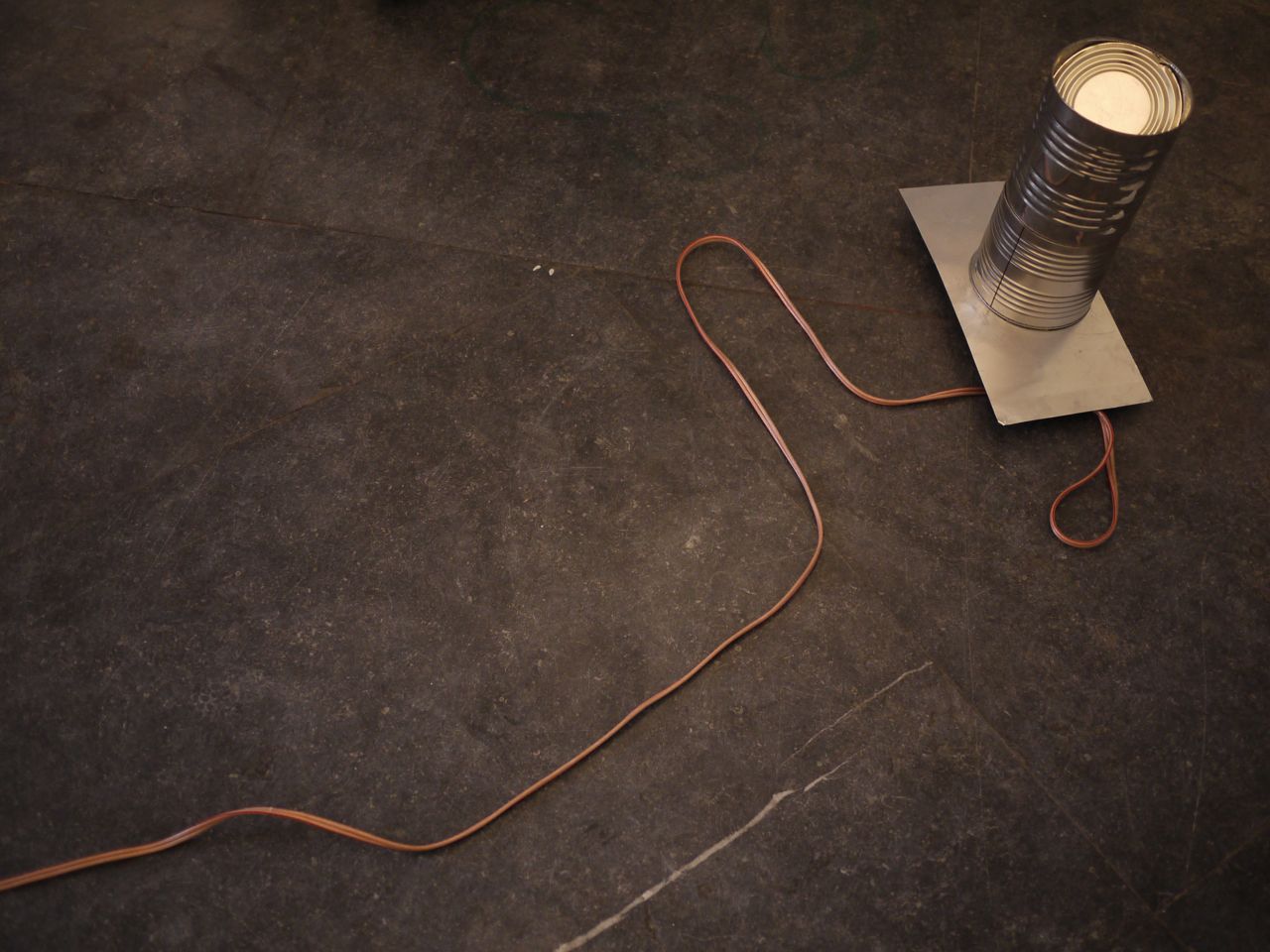 Some of the lid of the tin cans has not been removed. The lid will produce sound as well. 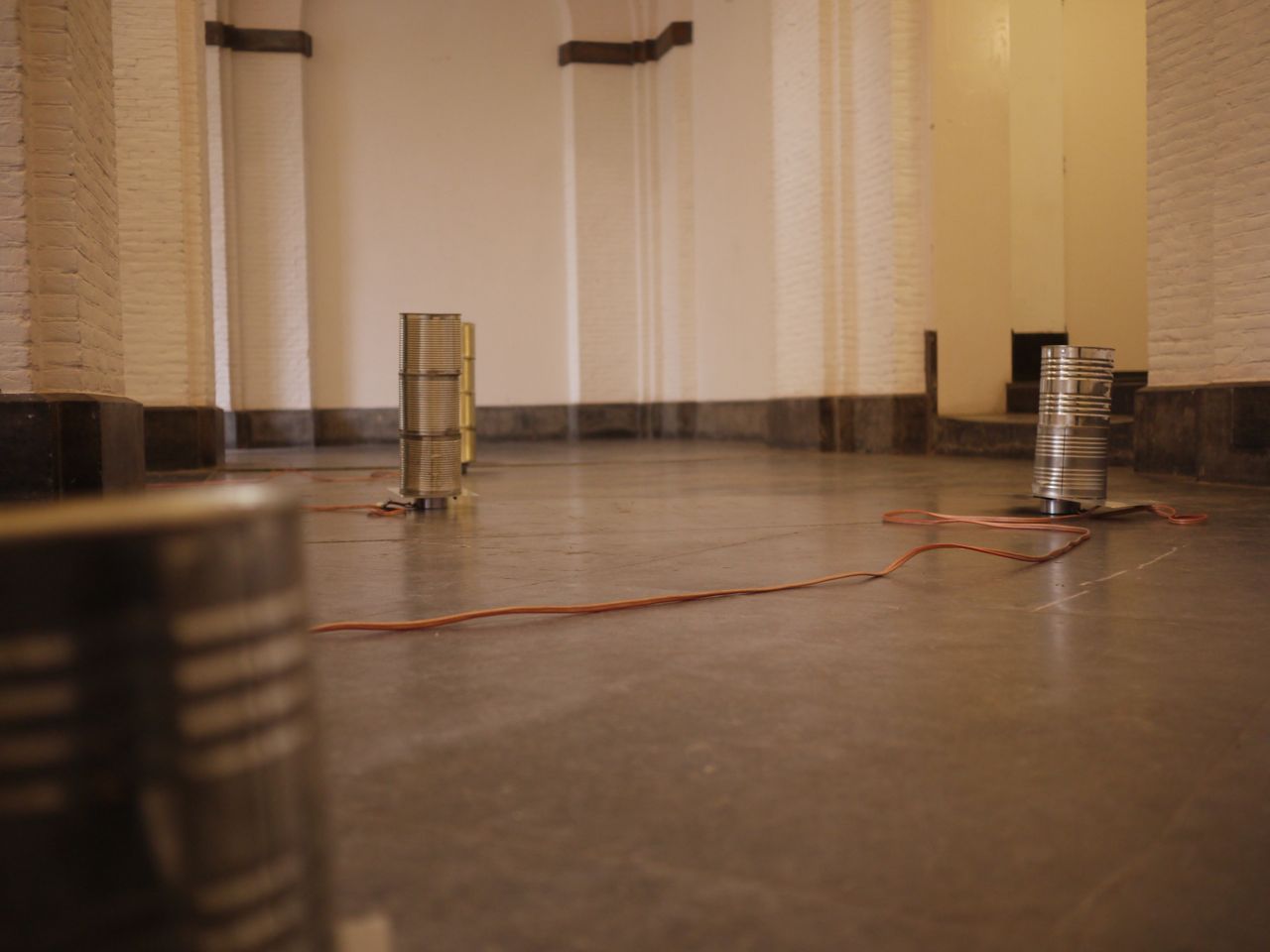 The tin can towers are placed differently, according to the characteristics of the performance space.