dazwischen (2007) for three loudspeakers, three performers with contact microphones and live electronics
written for the musictheatre Wanderland
commissioned by the Festival Klangwerkstatt 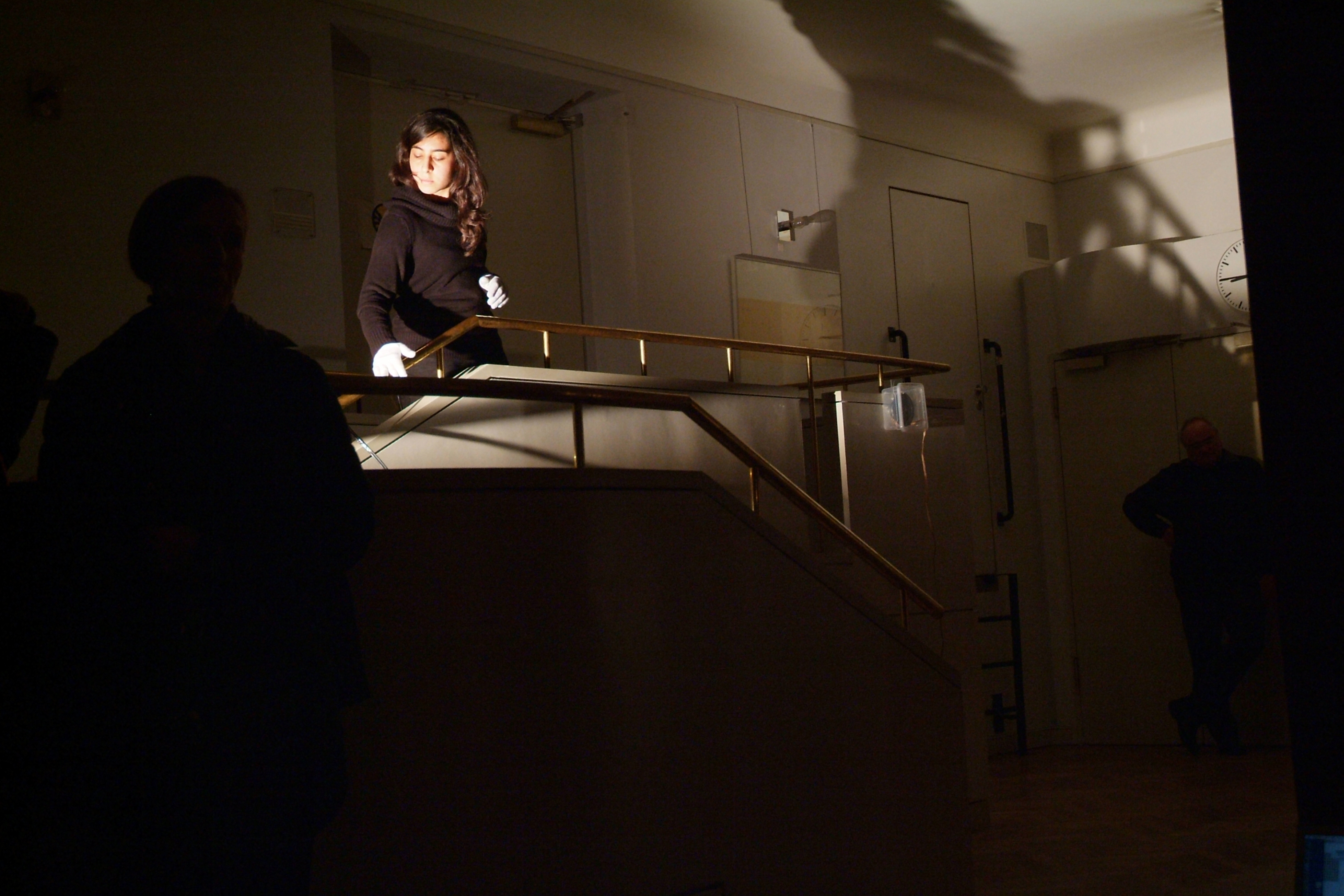 The performers were standing on a stairway in the theatre.

The performers were standing on a stairway and they played a specific choreography of hand movements on the balustrades. The movements of the choreography are merely based on “waiting” positions. A stairway is a place of transition, the theme of the music theatre piece Wanderland, of which dazwischen was part.

All performers wear gloves with a contact microphone. In this way, the contact microphone picks up vibrations as soon as the performers move their hands on a surface. The signal of the contact microphones was used to trigger all kinds of electronic sounds (generating approach). These sounds were emitted through small loudspeakers in boxes, hanging at different spots in the performance space. Three times in the piece the logic of playing the sounds with hand movements is broken by inserting sound files of a crowd in a cafe that was talking and laughing. On the ground floor of the stairway there was a café, and with the use of these sounds, I wanted to integrate the everyday life of the place into the performance. 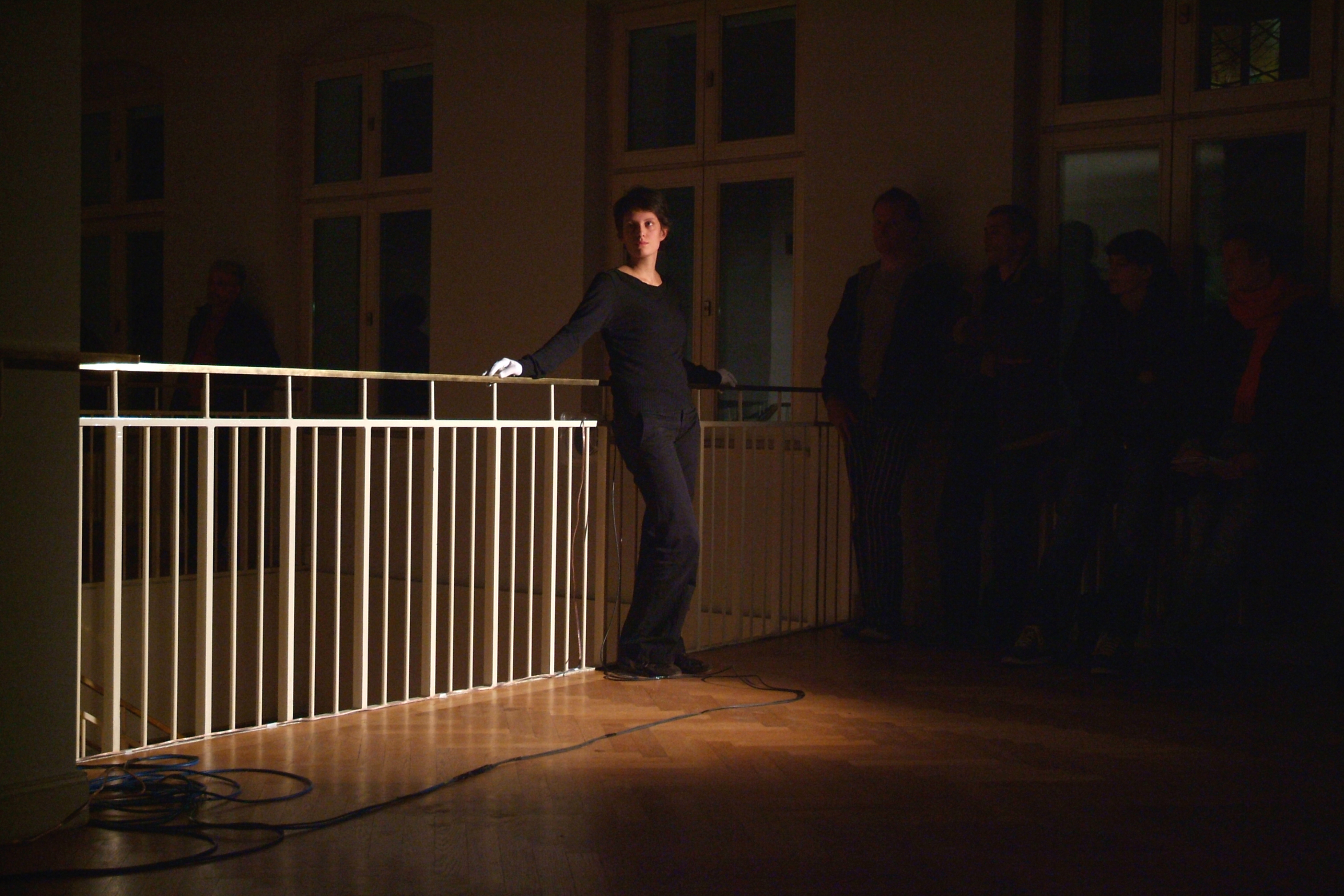 The movements of the choreography are merely based on “waiting” positions. 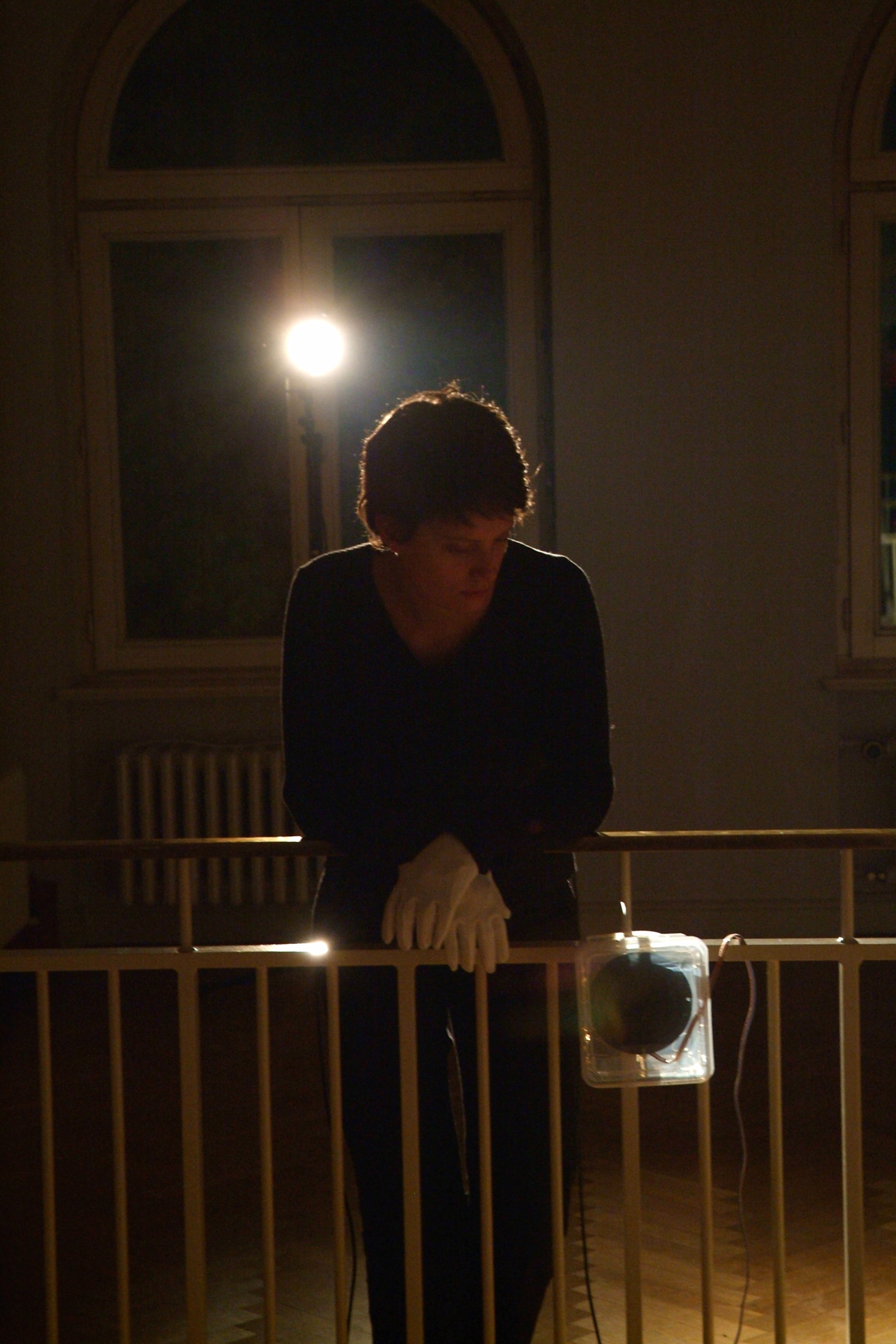 All performers wear gloves with a contact microphone and the sounds were emitted through small loudspeakers in boxes. 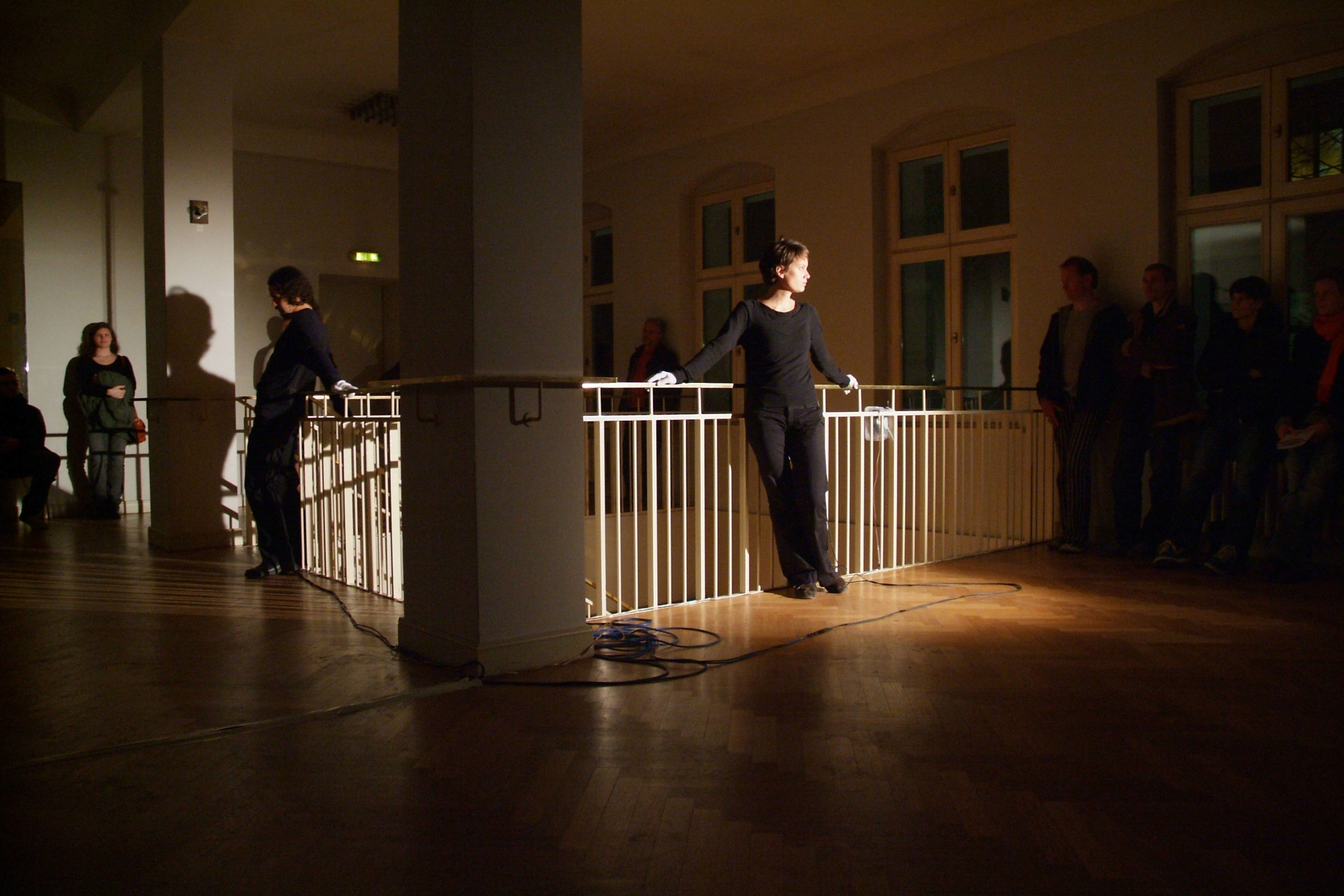 The audience climbed the stairs during the performance.