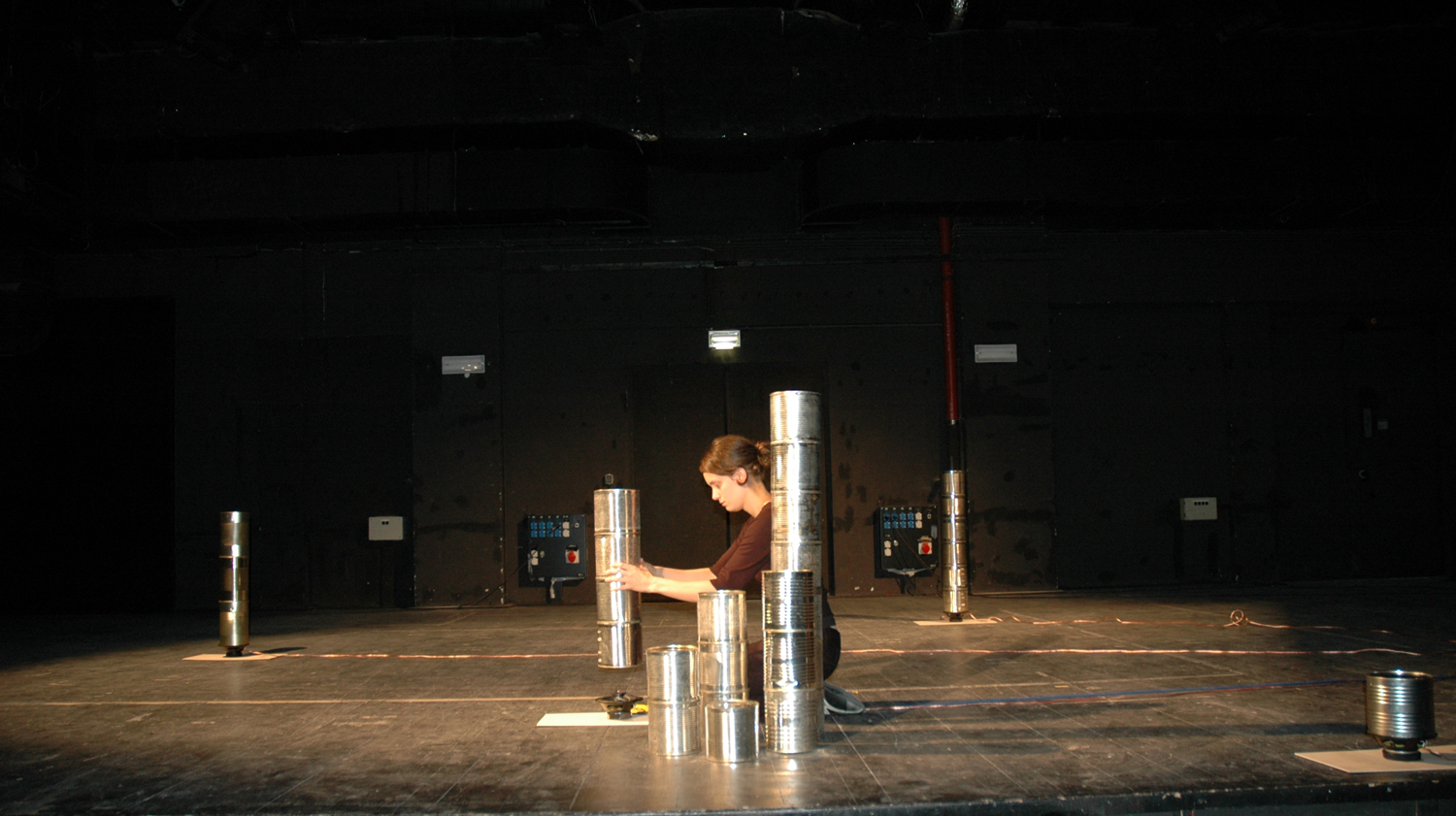 Four loudspeakers of which three have a fixed tin can tower placed upon them. The fourth loudspeaker is “played” by placing different tin can towers on the loudspeaker. A light sensor is used to trigger changes in the computer software used for this piece.

This is the second piece using tin cans. This was a short study, using the same set-up as in Blik na blik, but this time using tin can sounds. I wanted to investigate how differently the tin cans would react when used as resonators for their own sound. I am performing by changing the amount of tin cans on one of the loudspeakers (see the scheme and picture). A light sensor is placed on the loudspeaker. According to how many tin cans are placed on the loudspeaker, the light will pick up more or less light. The output of the light sensor is used for controlling a MaxMSP patch, which shapes the sound of the performance. The sounds are recorded tin can sounds, modified live by using sampling techniques, transposition and reverb. The difference in resonance of each tin can tower was audible as long as one was close to the tin cans, but was more difficult to distinguish in a bigger space, especially if the space added some reverb. For this reason, in In blik—the next piece for tin cans—I decided to use a set-up, in which the audience can walk around the tin can loudspeakers.

Unfortunately, only a bad recording exists of this piece, which was performed only once.
In the first part of the piece the tin can sound moves from one loudspeaker to the other. This movement is controlled by the light sensor output:

Later on, the light sensor is controlling several forms of sound processing, such as adding reverb: 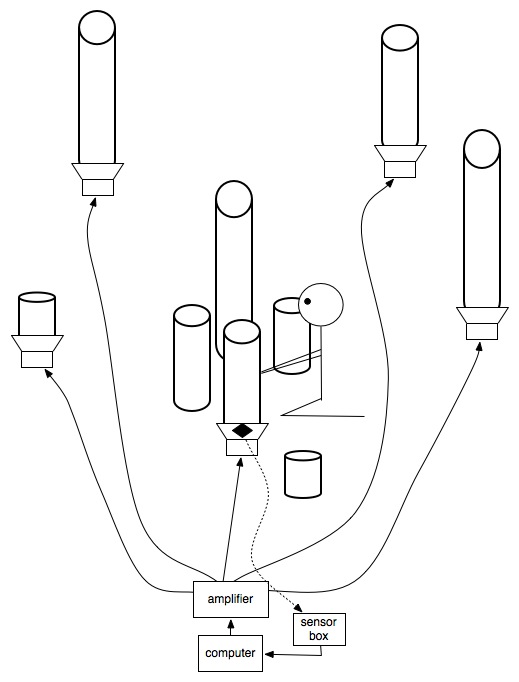