Klangverordnung – Die verbotene Klänge der Stadt Bern Version II (2012) performance for two big orange loudspeaker horns, the forbidden noises of the city of Bern and one performer.
written for and commissioned by the Bone festival for performance art 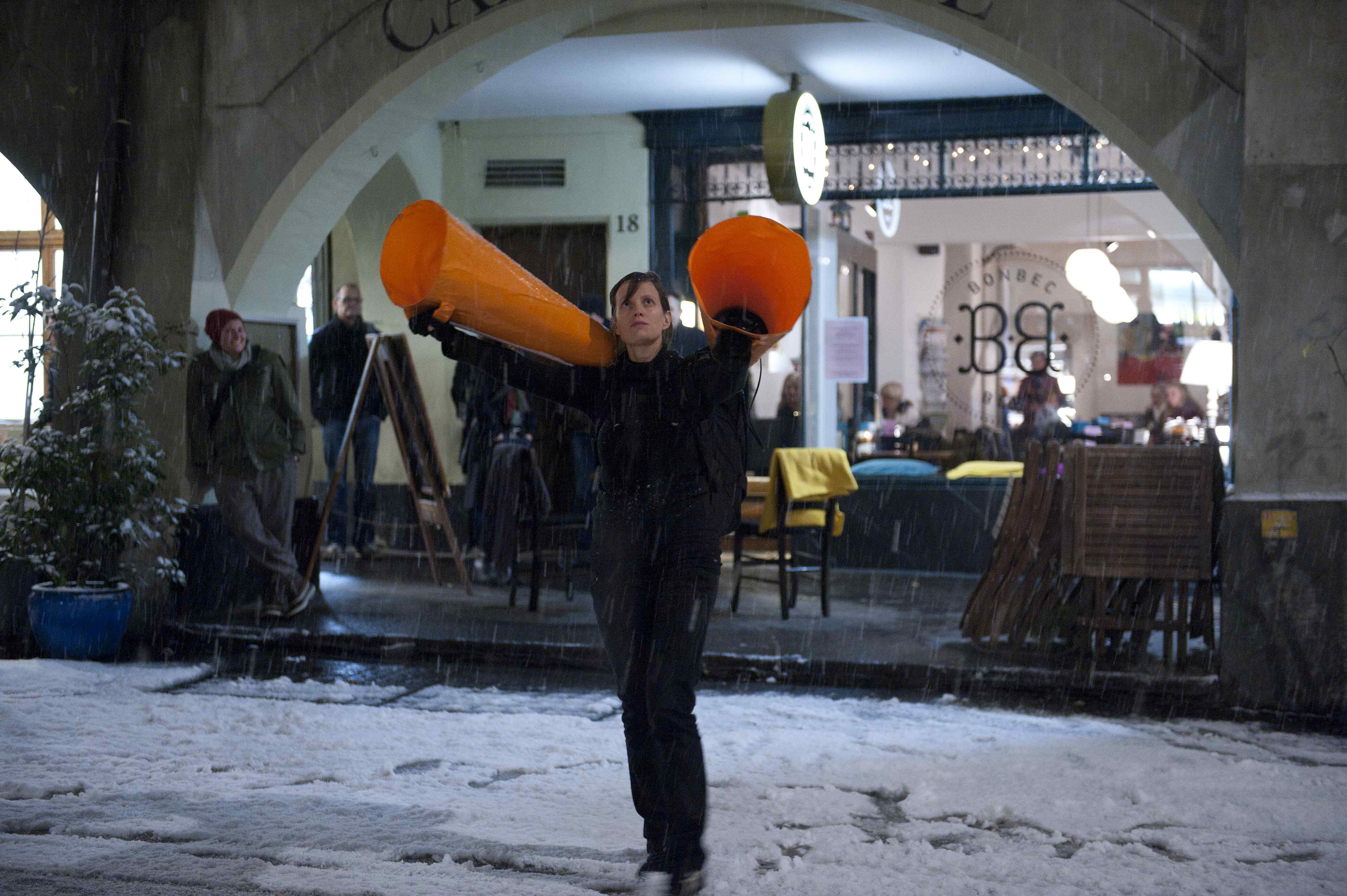 Klangverordnung uses a set-up in which the two loudspeaker horns are moveable.

I performed the Hearing Sirens project at many different locations. Due to these experiences, I became interested in developing a set-up in which the two loudspeaker horns would be moveable instead of fixed. In that way, there would be many more possibilities and combinations of movements and positions for the horns, and it would thus be possible to investigate the acoustic characteristics of Bern.

When I was asked to develop a performance for the Bone Festival in Bern, I decided to use these kinds of horns, attached to my arms. The conceptual starting point for this performance was the noise legislation laws of Bern, in practice from 1600 until today. Many “everyday” sounds were forbidden, including singing, screaming, hammering, hooping, or carpet beating. I used many of these sounds in modified forms for my composition. The composition was developed while listening to the sounds through the loudspeaker horns as well as trying out possible movements with the horns. I learnt the sounds by heart, so I was able to execute the right movement with the right sound. Due to using two independently moving horns, I was able to work even more with the space and movement parameter, as I described in Hearing Sirens (2007) (for one performer). This resulted in a performance in which I was playing back all sounds that had been silenced over the centuries in the city: 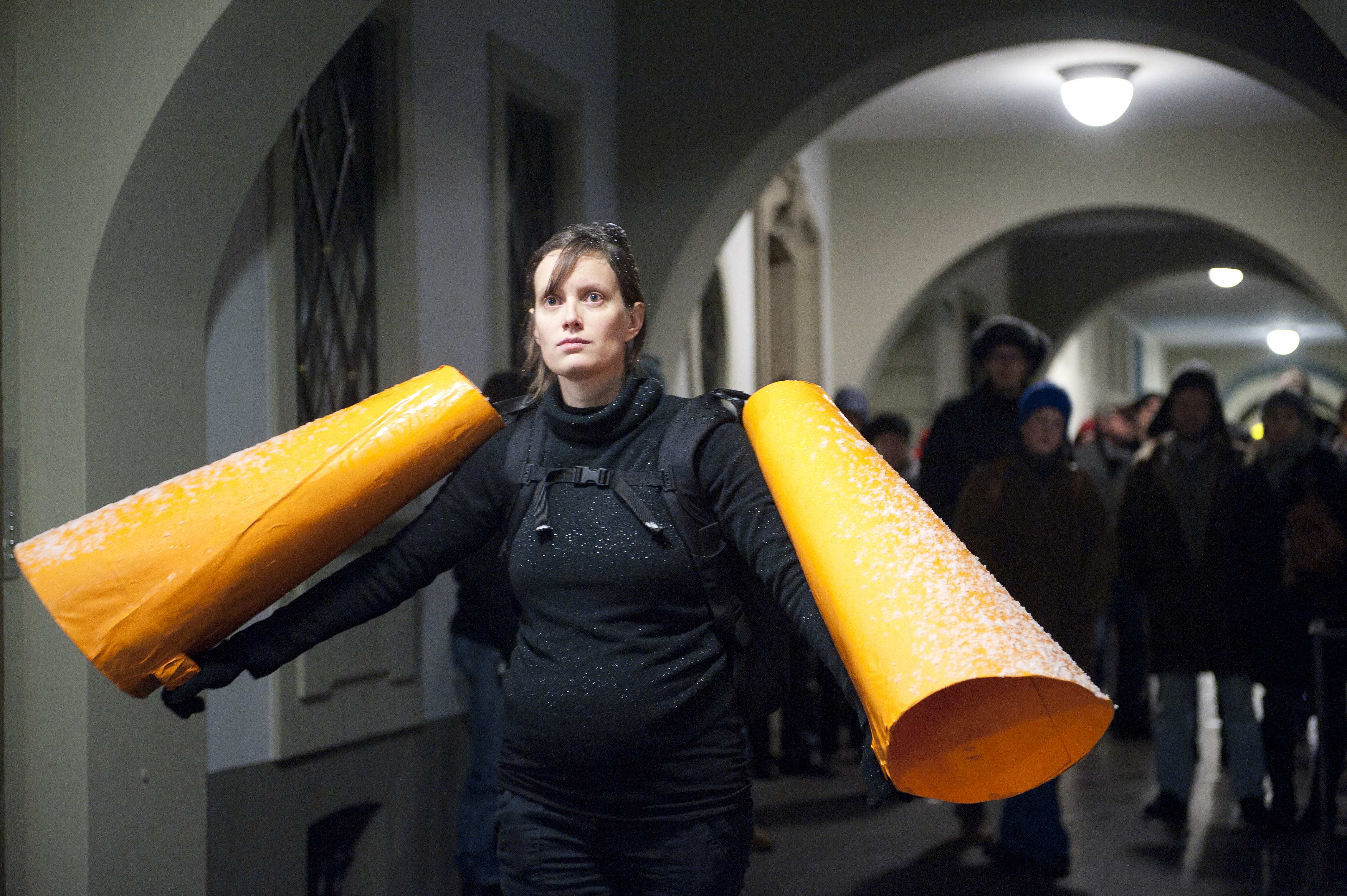 Discovering the acoustics of the environment in Bern.