By cathyvaneck / September 23, 2013 / generating, movement, on body, overview of all works, supporting

When the sound of your voice slips through my fingers (2010) for five singers, small microphones and loudspeakers, and live electronics
written for the Neue Vocalsolisten Stuttgart
commissioned by Musik der Jahrhunderte 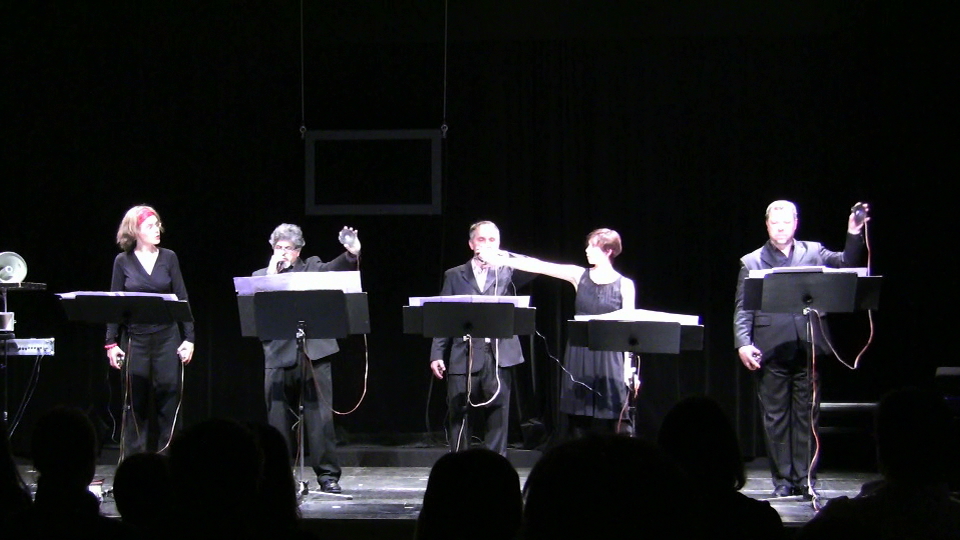 In When the sound of your voice slips through my fingers, I connect the gestures of the hands to the voice, and make the gestures audible.

Speech is not only executed through voice, but as well with the body.  We make gestures to express our emotions and to underline our thoughts. Every culture has its own codified language of gestures, developed during centuries and handed down, most of the time unconsciously, from one generation to the other. Although these gestures often accompany the singing or speaking voice, the gestures themselves remain silent. 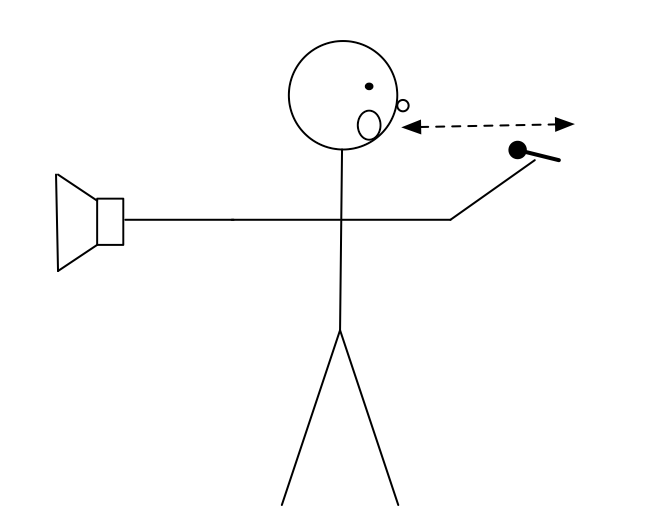 Moving the microphone changes the amplitude of the input signal. 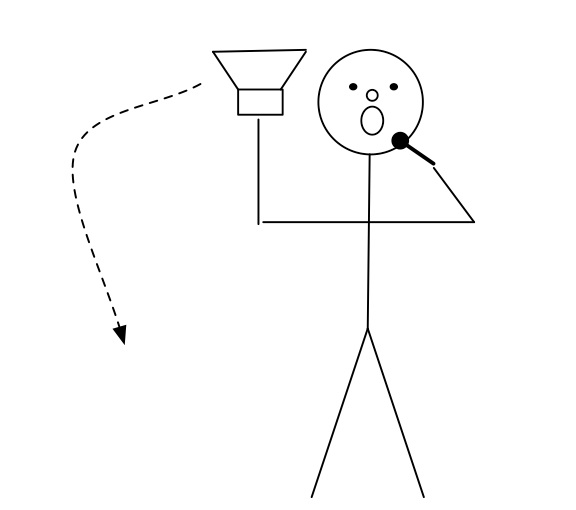 Moving the loudspeaker changes the direction of the output signal.

With this set-up, there are plenty of combinations possible: the sound of one of the singers can be sent to the loudspeaker on the hand of another singer, the volume of the voice of one of the singers can influence the amount of modulation, done by the computer, in the voice of another singer, and using several loudspeakers and microphones in a chain creates a network of live-electronic processes.

From the time of the ancient Greek theatre until the beginning of the twentieth century, actors and singers used systems of codified gestures.  All emotions were expressed using  a vocabulary of exhaustively prescribed and highly stylised movements and gestures, each with its own meaning and significance. 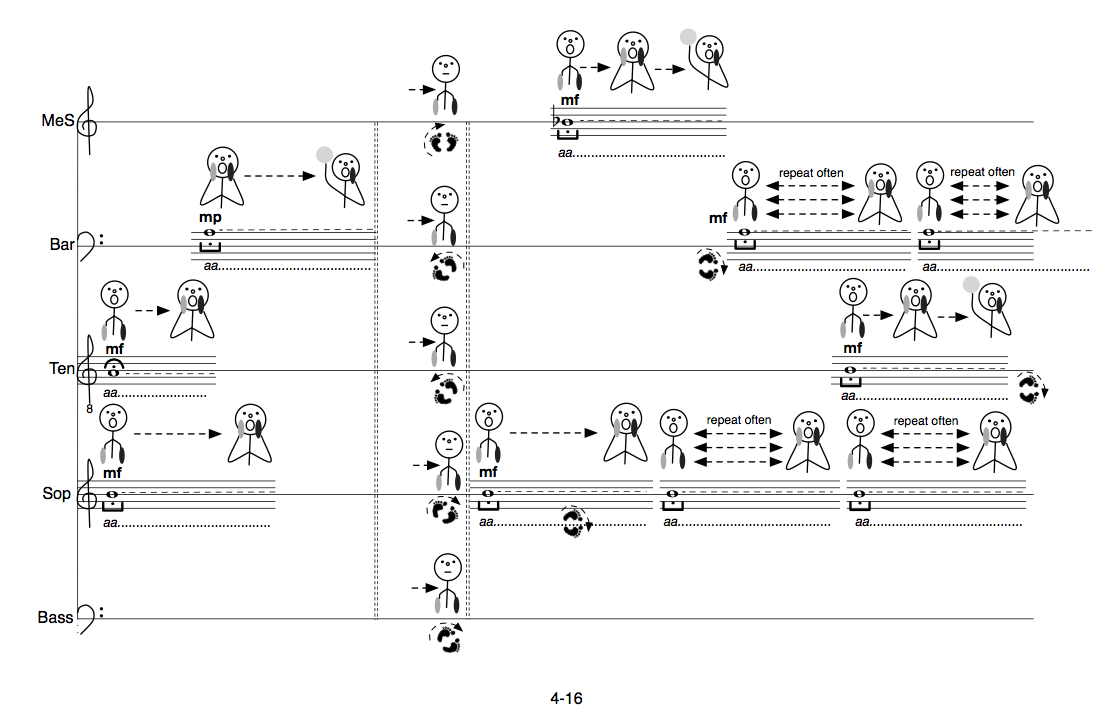 A page of the score of When the sound of your voice slips through my fingers. The gestures for the singers are all notated.

It is this ancient language of gestures, which I took as a starting point for this piece. I made a choreographic score, using these ancient gestures as an initial inspiration, and translated them into my own personal version of these gestures, and into a more abstract language of movements.   

Similar technology and gestures are used in Ways and Means.