By cathyvaneck / September 23, 2013 / overview of all works, space, theatre piece

I fastened the four loudspeakers onto the backs of the four performers.

The music theatre piece Das Quartett oder Schumann im Netz, for which I made several interactive set-ups, ended with a composition of mine for eight loudspeakers. Four of these loudspeakers were attached to music stands and placed at the right side of the hall; I fastened the four others onto the backs of the four performers.  They start to walk around with these loudspeakers, most of the time with their backs turned towards the audience. At the end, the performers stand in a row, close to the audience. The sounds of this piece were mainly based on sounds produced by the performers during the theatre piece. The sounds are reproduced, not as “neutral” recordings, though, but taken out of their contexts and attached to objects, (music stands) and bodies, other than that which produced them in the first place. The movements of the performers relate to the sounds. During some parts of the composition, the performers stand still, so the sounds can be very well located. At other moments the performers move slowly and the sounds emitted by the loudspeakers are diffused in the performance space. The result is a slowly changing spatial relation between the various sound sources—the stable music stand loudspeakers and the moving performer loudspeakers. 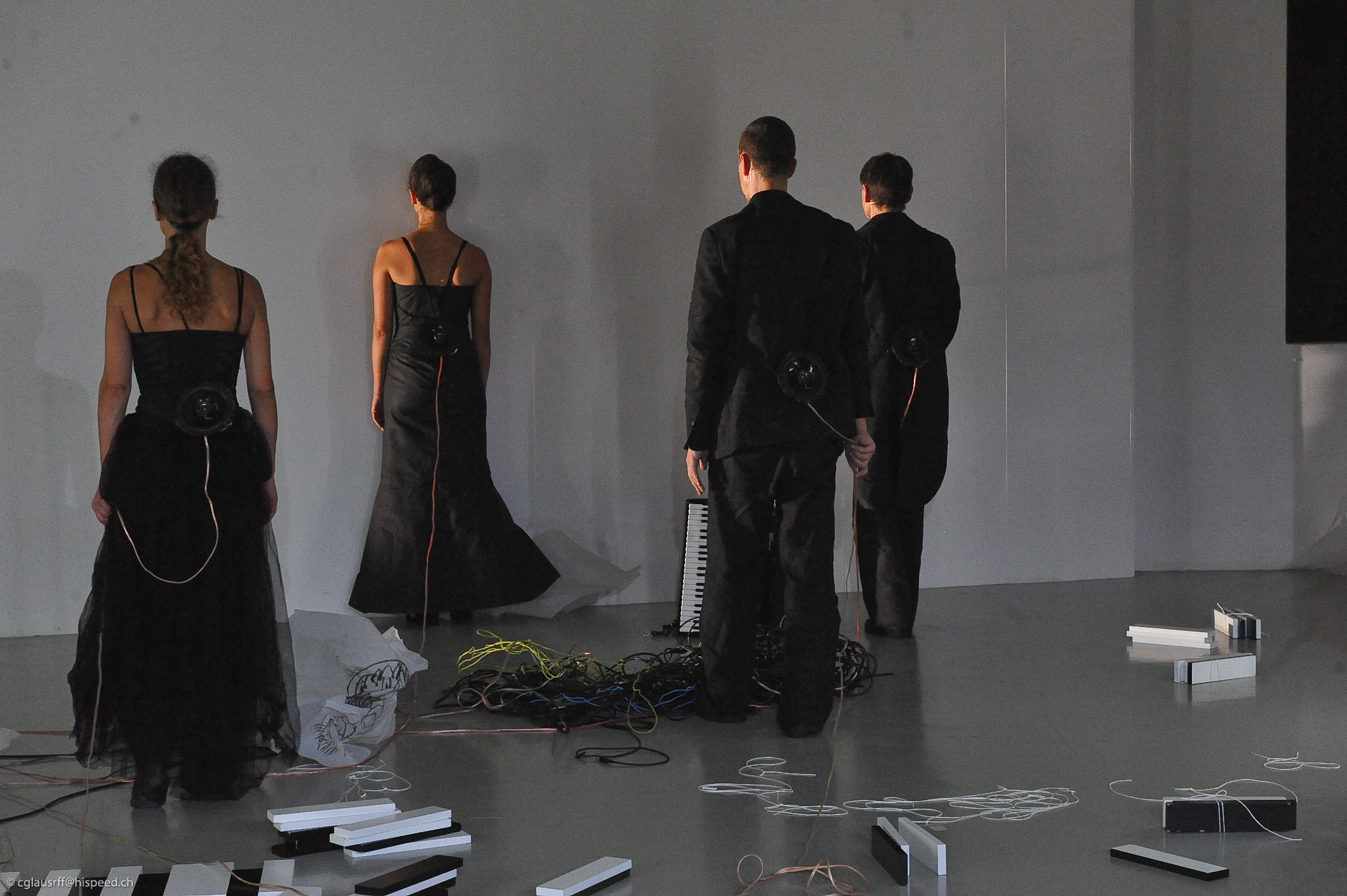 The performers slowly walk around with these loudspeakers, most of the time with their backs turned towards the audience.