By cathyvaneck / September 23, 2013 / overview of all works, theatre piece, Uncategorized 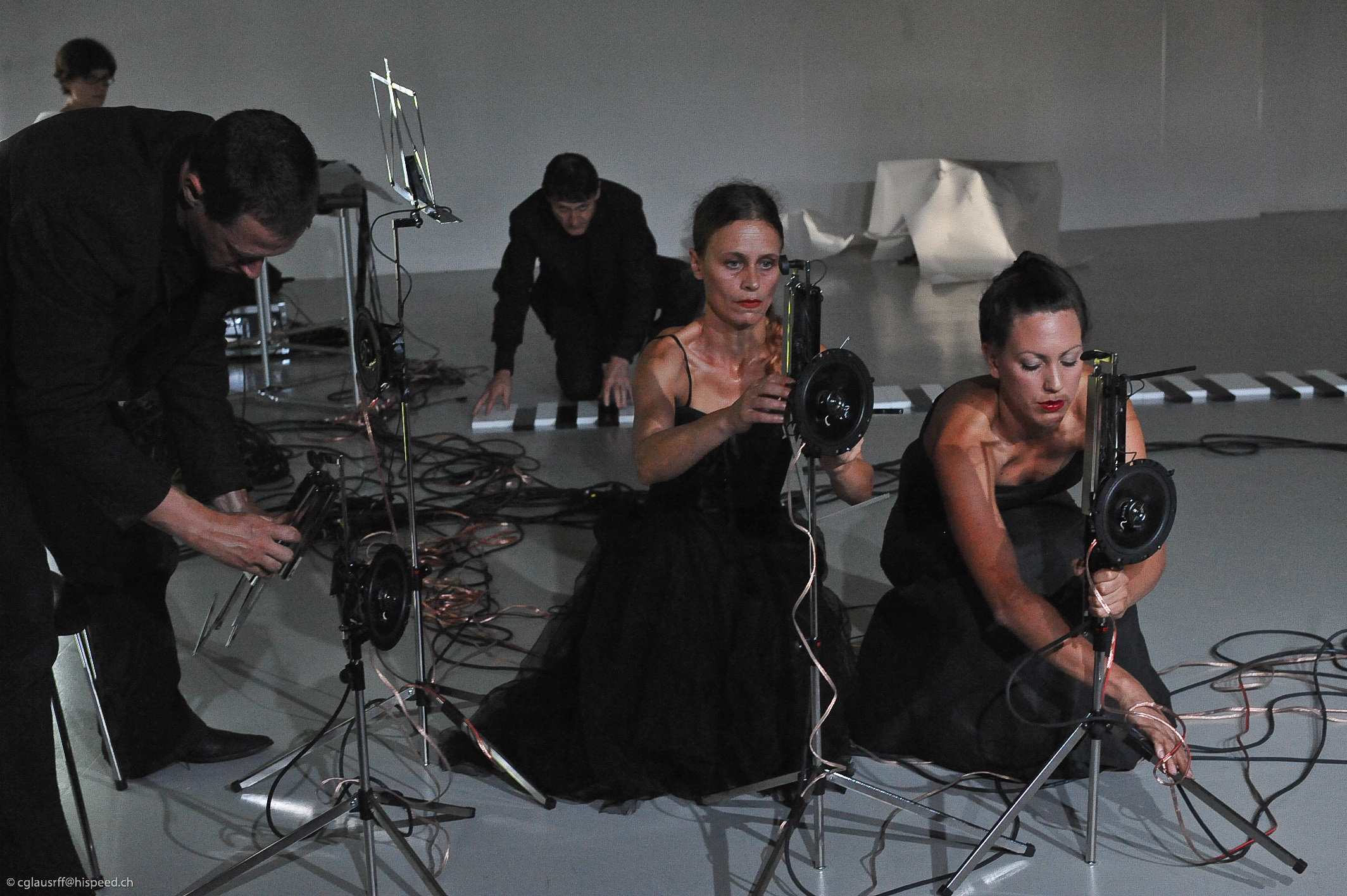 The performers tried to fold the music stands together, but the result was some weird metal forms.

For this theatre piece, I developed several interactive set-ups, two of which focused on microphones and loudspeakers. As in all of the theatre pieces I took part in, the use of these set-ups was developed in close collaboration with the performers, costume designers, and stage directors. The interdisciplinary and collaborative character of this kind of work often gave me new ideas for my own project. Works developed from ideas I had during this theatre production are Song No 3, Music Stands and Stumme Diener.

Set-up one: for two performers, loudspeaker with paper and microphone

The singer sings a conventional song through a microphone. After some transposition, the signal is emitted through a loudspeaker, which has paper glued on its membrane. The dancer holds this loudspeaker before her mouth, and makes gestures that give the impression that she is singing. I found the idea of combining her gestures with the voice of someone else fascinating, and decided to develop an interactive performance for myself. This resulted in Song No 3.

Since the main theme of the performance was music, music stands played an important role. They became a sounding object during the performance. The performers tried to fold them together, but the result was some weird metal forms. Contact microphones and loudspeakers were attached to the music stands and, during a short interlude, these amplified the sound of the music stands. When trying out this set-up during rehearsals, feedback would occur as soon as a contact microphone sent its signal to the loudspeaker attached to the same music stand. Since the sound of the music stand should only be amplified, I decided to amplify each of them through the loudspeaker attached to one of the other music stands. I was attracted by the possibility of generating feedback with the help of these music stands instead of through the air as I had done, for example, in Wings. This resulted in the pieces Music Stands and Stumme Diener. 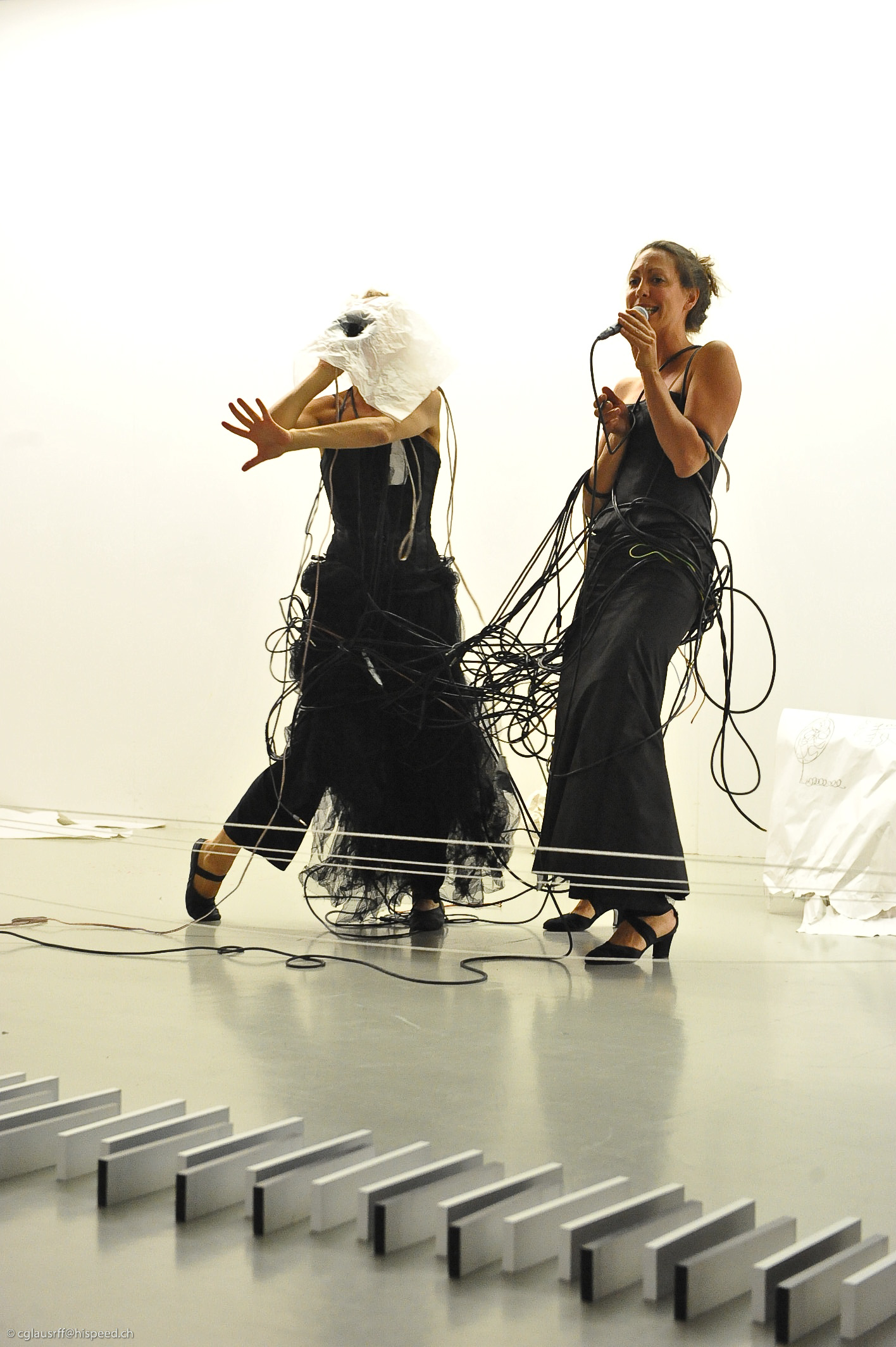 Set-up 1: at the left the loudspeaker, which has paper glued on its membrane, left the singer. 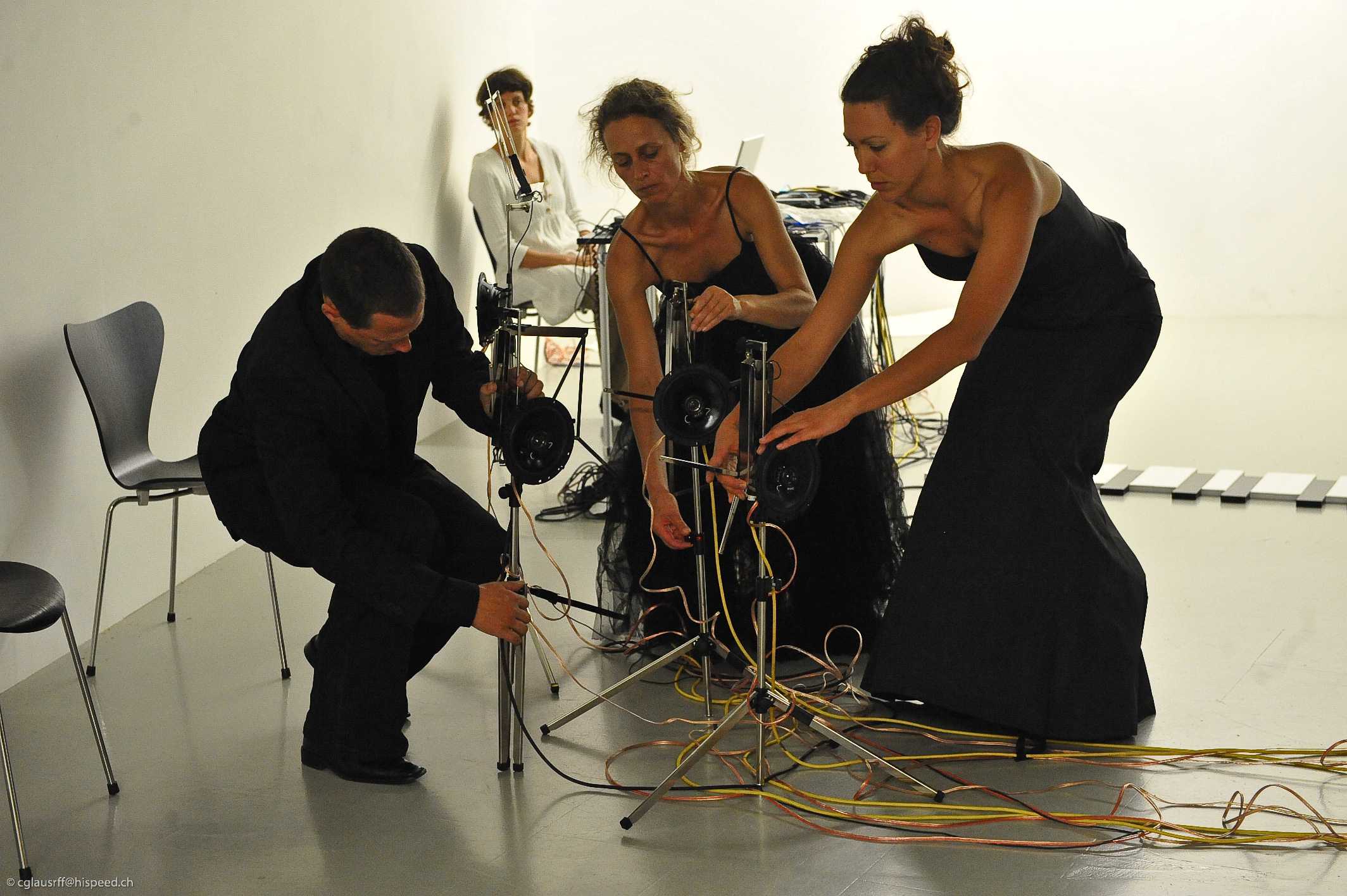 Set-up 2. The music stands were “played” by the performers.