Mit Luft gebaut – Musik aus der Dose (2008) for castles in the air, tin can towers, loudspeakers and three performers; performances in a soundinstallation for a guitarist and two singers. 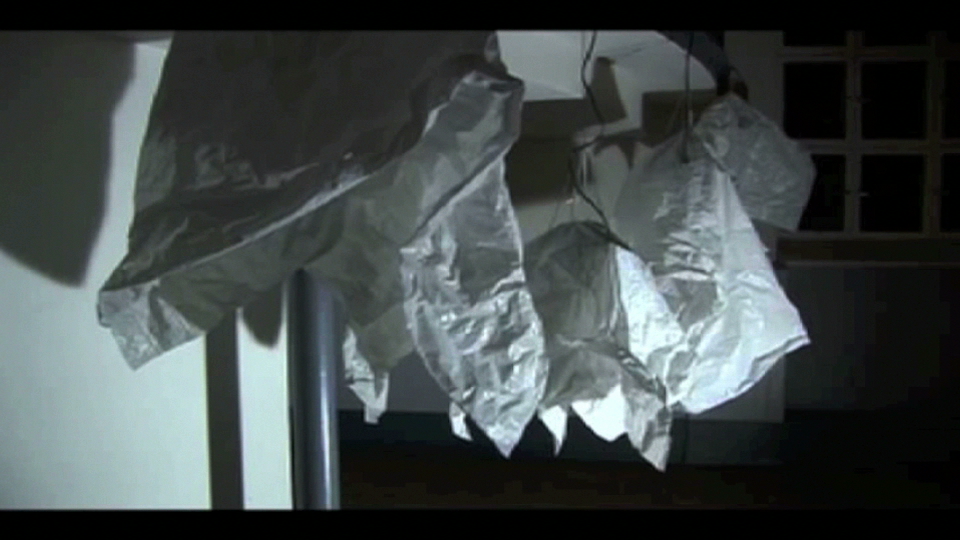 Seven “castles in the air” are used in this piece.

In this music theatre piece several of my pieces—Blik na blik, Luftschlösser im Bau and in blik—were combined into a new piece, adding some new elements for two singers. I combined the possibilities of  several loudspeaker objects (using tin cans and tarpaulin) by arranging them in a big space and connecting them by composing sounds, that investigated in the different sonic characteristics of these objects. I connected similar principles of sound production, using both the material and space parameter, in this piece, by composing one large form out of the several small pieces, these objects originated from. Since this piece is a compilation of several loudspeaker objects I used in other pieces, I did not do many new experiments in this piece, but mainly used the knowledge gained in preceding pieces to compose a large scale musical theatre piece.